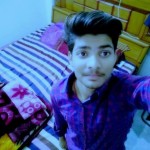 Sarkari Naukri 2020 Live Updates: Maharashtra Public Service Commission has published recruitment notification for Maharashtra Subordinate Service Non-Gazetted Group-B Combined Preliminary Examination 2020. Hello everyone, sorry guys due to some reason you had to stay away from me, but now I have come and today I have brought the latest […]

World Radio Day 2020: Hello everyone, Welcome back to my new blog today. Today is World Radio Day, which is celebrated today on 13 Feb. Radio is a means of educating and providing information. It also helps to promote freedom of expression across cultures. Let us know something about World […]

RCB News 2020: Hello everyone, I welcome you all to today’s special update. We have come to know that the name of Indian captain Virat Kohli’s team RCB has been changed, let us know how much truth is there in this matter. Kohli is in New Zealand, meanwhile, the big […]

CRPF Head Constable Recruitment 2020: Hello everyone, today I have brought for you all the big news related to education, in which today I will tell you about the big recruitment of CRPF. The CRPF (Central Reserve Police Force) has released the recruitment, which has a vacancy of 1412 posts. […]

Irish Election 2020: Irish three major parties are set for an extraordinary tie in the country general Irish election, exit polls have predicted. Yes, I welcome you all again today on my new blog, today we will talk about the Irish election. In today’s poll published by Ipsos MRBind tonight […]

Kirk Douglas Died: Hello everyone, when Kirk Douglas was a young actor, he took control of his career. Going against the advice of his agents, he accepted the role of a ruthless, self-absorbed boxer in the short independent film Champion (1949), which made him a star. Yes, today I once […]

Auto Expo 2020: Hello everyone, Suzuki Motorcycle India Private Limited (SMIPL) has unveiled the 2020 Suzuki Gixxer, as well as the 2020 Suzuki Gixxer SF 250, which now meets the upcoming India Stage VI (BS6) emissions regulations. I am Abhishek Jha welcomes you to all my new blog. Today we […]

Nkosi Johnson: Hello everyone, South African activist Nkosi Johnson was only 12 when he died. At the time, in 2001, he was the longest-lived child with HIV. Yes, I welcome you all to my new blog, today I am going to tell you the story of a 12-year-old child name […]

Oscars 2020 Latest Updates: Hello Everyone, After a tornado awards season, Hollywood is fast approaching the grand finale. Yes, I welcome all of you to my new blog, how are you all hope you will be fine. We are talking about the 2020 Oscars. Now in its 92nd year, the […]

Coronavirus Latest Updates: Hello everyone, how are you all! I welcome you to my new blog, I am sorry for being late or due to any technical issues, today I brought the latest news for you related to Coronavirus. There is an outcry in China regarding the Coronavirus. Many people […]